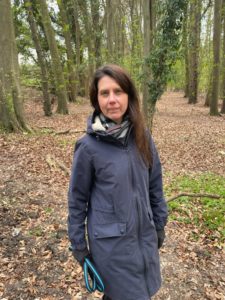 Taking the confusion out of tick prevention

Suzanne is founder of Botanic Protect, the first repellent brand in the UK dedicated to tick prevention.

Suzanne started Botanic Protect in 2019 to help outdoor loving families (like hers!) reduce their risk of contracting Lyme disease.

Contrary to common belief, infected ticks are found throughout the UK and cases of Lyme disease are on the rise. With approximately 10,000 new cases a year, this cruel disease poses a real threat to families.

Europe and the US are well versed when it comes to guarding against infectious tick bites but the UK has been seriously lagging behind.

So concerned about the increase in Lyme disease, Public Health England, launched the campaign ‘Be Tick Aware’ in 2018 to raise awareness and help reduce the threat posed in the UK.

Despite this campaign, there is still a worrying lack of awareness. Especially the need for children to use a repellent while doing activities in places where ticks are prevalent, like forests and parks.

Suzanne wanted to take the confusion out of tick prevention by creating a product dedicated to protecting families with young children against the risk of infectious tick bites.

It was really important to Suzanne to produce a naturally derived product which could be used by all the family, as an alternative to traditional insect repellents containing the harsh chemical, DEET.

Botanic Protect tick repellent is a plant based spray which offers the whole family effective protection against ticks, including babies from 6 months old. It is produced from the distilled oil of Eucalyptus citriodora trees which has a natural repellent quality.